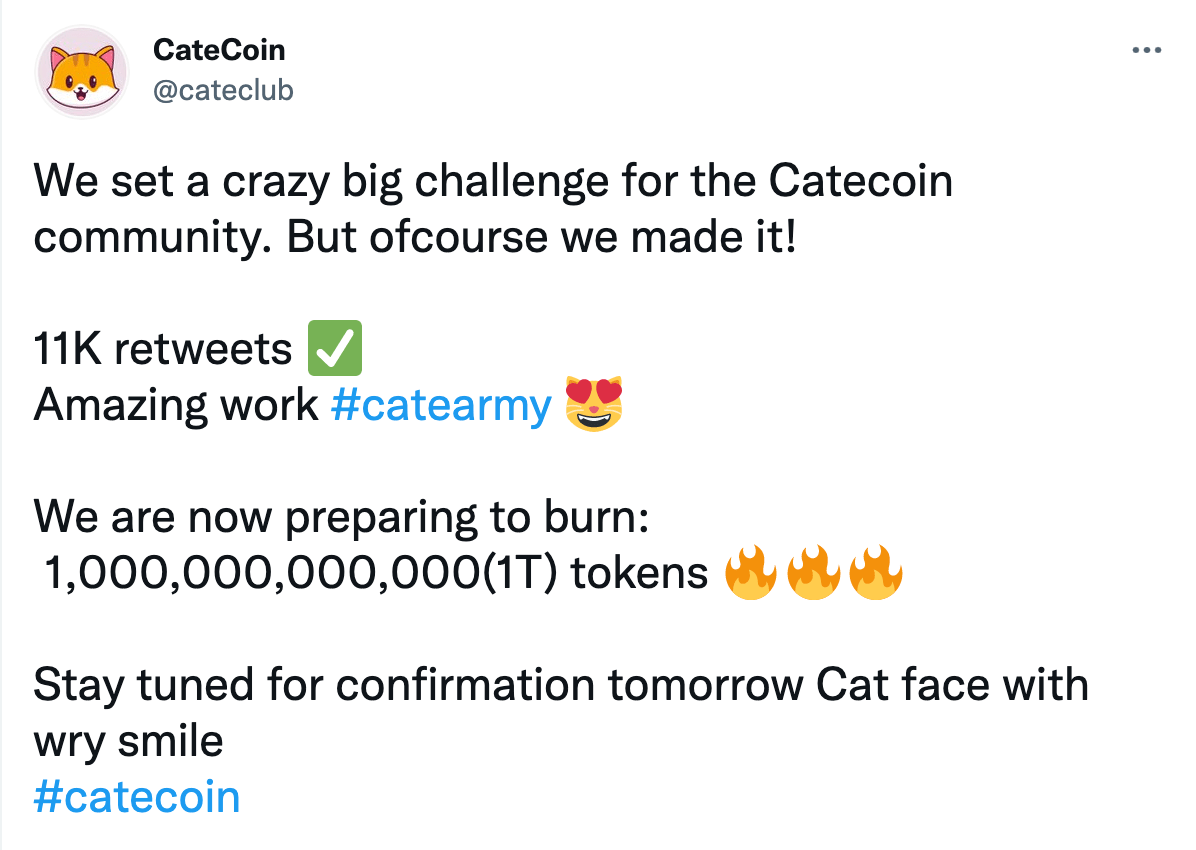 Last week, I talked about Catecoin and how it may be the next Shiba Inu. Since then, the memecoin has broken its all-time-high and set a new record price of $0.000009749 per token.

In a tweet from October, @cateclub asked for 11,000 retweets for the next burn announcements. Thanks to the recent media coverage, this target was hit today, and we are looking at a burn of a trillion tokens soon.

This is a very smart move by the Catecoin developers, and the sharp reduction in supply will likely help take it to new highs.

According to CoinMarketCap, Catecoin’s market cap currently stands at $225 million which is peanuts compared to that of DOGE ($34 billion) and SHIB ($35 billion). This means that the price of $CATE can easily rise by a hundred times (100x).

It looks like this is set to take the world by storm. However, do your own research, and be careful. While making insane amounts of money is nothing unusual In the world of crypto, losing insane amounts of money is an even likelier outcome. Set appropriate stop losses, take out your initial investment after significant profit, and reinvest it wisely.