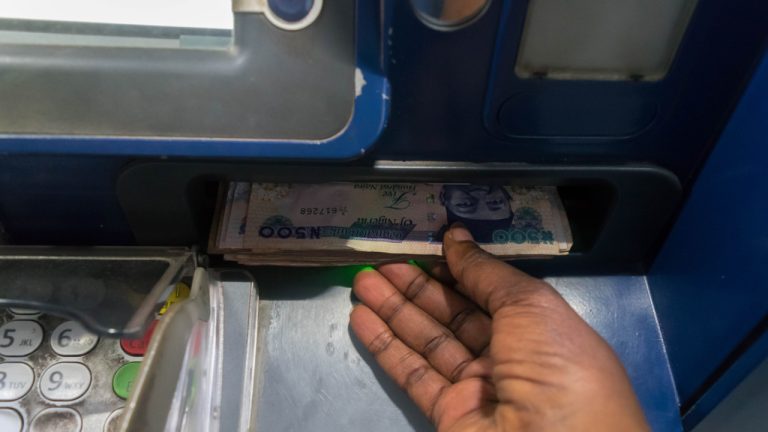 In a new directive to financial institutions, the Central Bank of Nigeria (CBN) said individuals can now only withdraw an equivalent of just under $222 per week while corporates can only withdraw cash not exceeding $1,111 during the same period. The new limits, which are in line with the CBN’s cashless policy, are set to become effective on Jan. 9, 2023, the central bank said.

The Central Bank of Nigeria (CBN) recently announced the revised cash withdrawal limits that will become effective on Jan. 9, 2023. The announcement comes just days before the country’s newly designed naira banknotes start circulating. As per the central bank’s Dec. 6 open letter to financial institutions, the latest directive is “in line with the cash-less policy of the CBN.”

According to the letter, the weekly maximum cash withdrawal over the counter (OTC) by individuals and corporate organizations will be equivalent to $222 (N100,000) and $1,111 (N500,000), respectively, when using the official exchange rate of just under 450 local currency units for every dollar. For any cash withdrawals by individuals and corporates exceeding the new limits, the CBN said these would attract a “processing fee” of 5% and 10% respectively.

Meanwhile, the CBN’s letter also outlined conditions under which cash withdrawals that exceed the set limits are permitted.

“In compelling circumstances, not exceeding once a month, where cash withdrawals above the prescribed limits are required for legitimate purposes, such cash withdrawals shall not exceed N5,000,000 [$11,111] and N10,000,000 [$22,222] for individuals and corporate organizations, respectively,” the CBN said in the letter.

The central bank added that such withdrawals will be subject to a processing fee as well as an “enhanced due diligence and further information requirements.” In addition, monthly returns for withdrawals exceeding the prescribed limits must be submitted to the CBN’s banking supervision department, the letter said.

After announcing the plan to replace old notes with newly designed naira banknotes, the CBN has urged Nigerians to embrace cashless payment methods. Although the announcement is believed to have sparked the rapid depreciation of the naira, the subsequent crackdown on the so-called illegal currency dealers is believed to have helped the naira recover some lost ground versus the U.S. dollar.

The CBN letter, in the meantime, ends by warning of severe sanctions to persons “aiding and abetting the circumvention of this policy.”

Register your email here to get a weekly update on African news sent to your inbox:

What are your thoughts on this story? Let us know what you think in the comments section below.